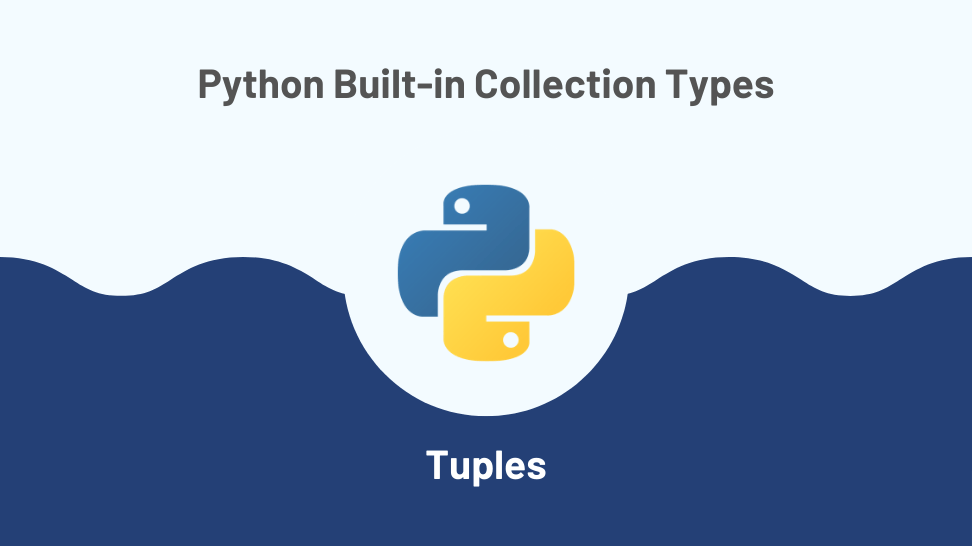 In this article, I’ll explore the tuple, one of 4 built-in types used to store collections in Python.

This post is the second article in a miniseries exploring the topic of built-in collection types in Python. I based the series on my notes while studying for a Python technical interview.

In Python, a tuple is a data type used for storing a collection of objects. Tuples have the following characteristics:

Tuples have an order

Tuples preserve the order of their elements. Two tuples with the same elements but in different order are not equal:

Tuples can contain any arbitrary object

Tuple elements can be of any data type. The example below shows a tuple containing integers, floats, boolean, strings, dictionaries, and other tuple.

The same element can exist at different indexes in a tuple. For example, the tuple below contains the integer 1 at positions 0 and 2.

You can’t change, add or remove elements after creating a tuple.

You can create a tuple using a tuple literal by wrapping its elements in round brackets:

When creating a tuple with round brackets, if the tuple has only one element, you should use a trailing comma:

You can also use the tuple () constructor:

Accessing elements from a tuple

You can access an element from a tuple by using the element index. The index indicates the position of the element within the tuple. Indexes in sequential data types in Python start at 0.

By slicing a tuple, you can obtain a new tuple that is a sub-tuple of the original. The syntax for slicing is:

Which would return a sub-tuple from index = start to index = end -1 using the given step (or 1 if no step is given).

Let’s look a some examples.

Slicing from the beginning of the tuple

Slicing to the end of the tuple

The .index(x) method returns the index of the first occurrence of x in the tuple. This method has a linear time complexity of O(n), where n is the length of the tuple.

The .count(x) method returns the number of times x appears in the tuple. This method has a linear time complexity of O(n), where n is the length of the tuple.

As with other iterables in Python, you can unpack the elements of a tuple into individual variables in one line:

The only requirement is that the number of variables on the left of the assignment operator is equal to the length of the tuple.

This article covered Python tuples, a built-in data type you will most likely use in any non-trivial coding project. We covered the main characteristics of tuples, the topic of slicing, the tuple built-in methods with their time complexity, and tuple unpacking.

We also gave a rule of thumb for when to use tuples instead of lists: always use tuples if the values in the collection should remain constant over the program’s life.

I hope the information covered will help you take advantage of Python tuples in your next programming project.

The next article explores Python sets. See you there!

TutorialKart – Slice a Tuple in Python